Take Me To The Registration! 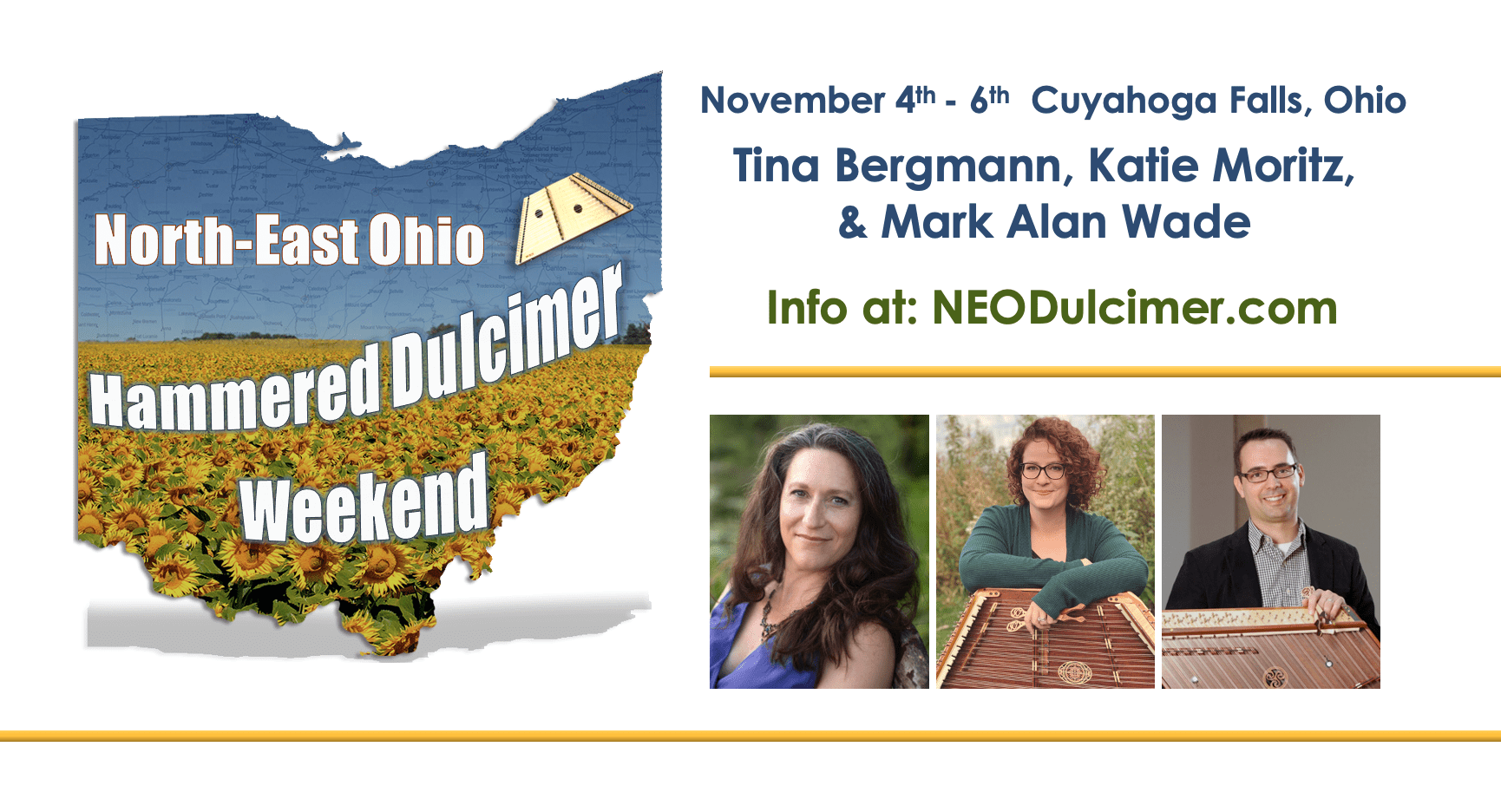 Our workshop offerings give direction to your development as musicians in fun and easy ways. We offer three tracks to meet you right where you are in your playing: Beginner, Intermediate, and Advanced. We have strategically chosen repertoire that is both rewarding to learn and that teaches musical concepts appropriate for each level. You’ll have so much fun, you may not even realize you are learning! 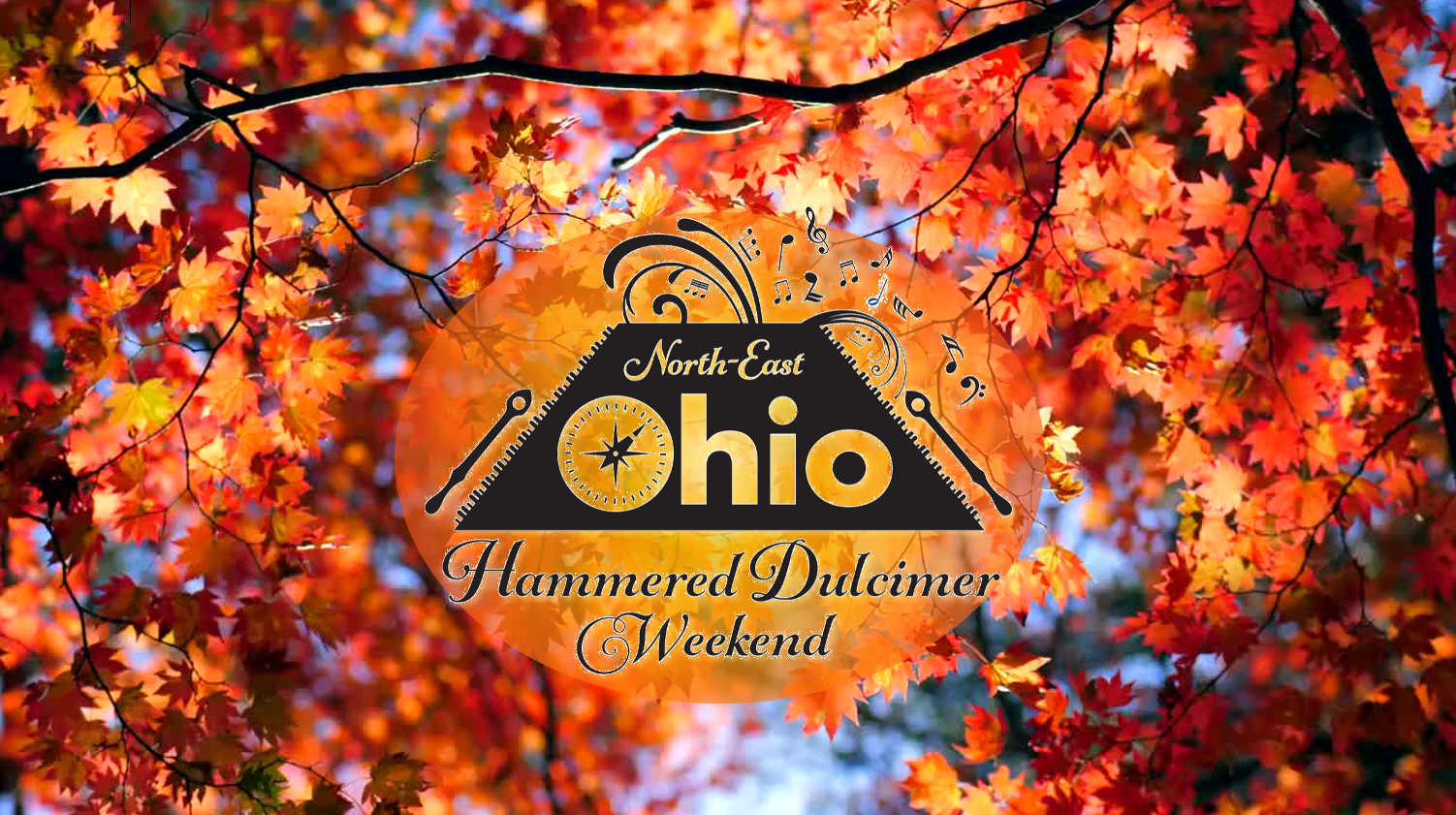 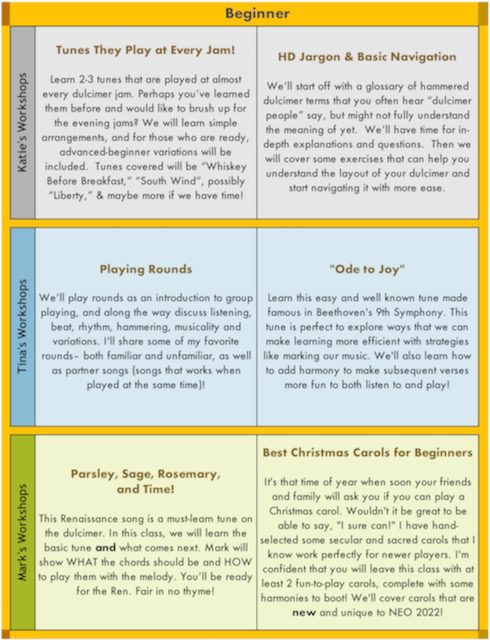 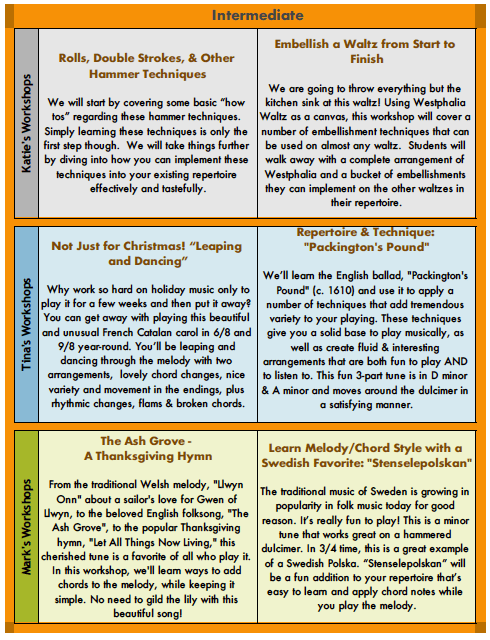 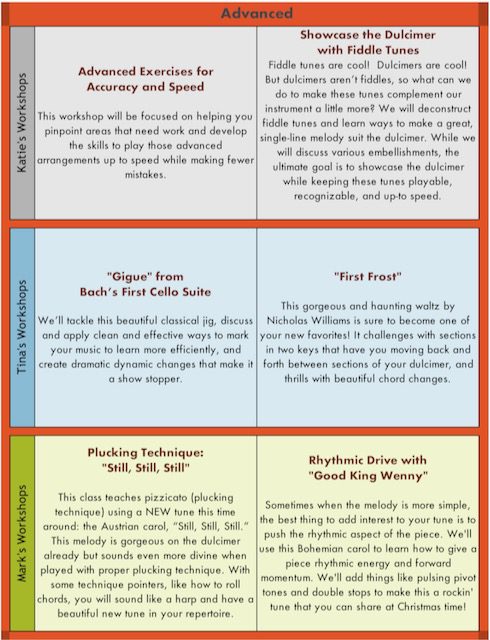 Click on each of the images below to see the detailed daily schedules. 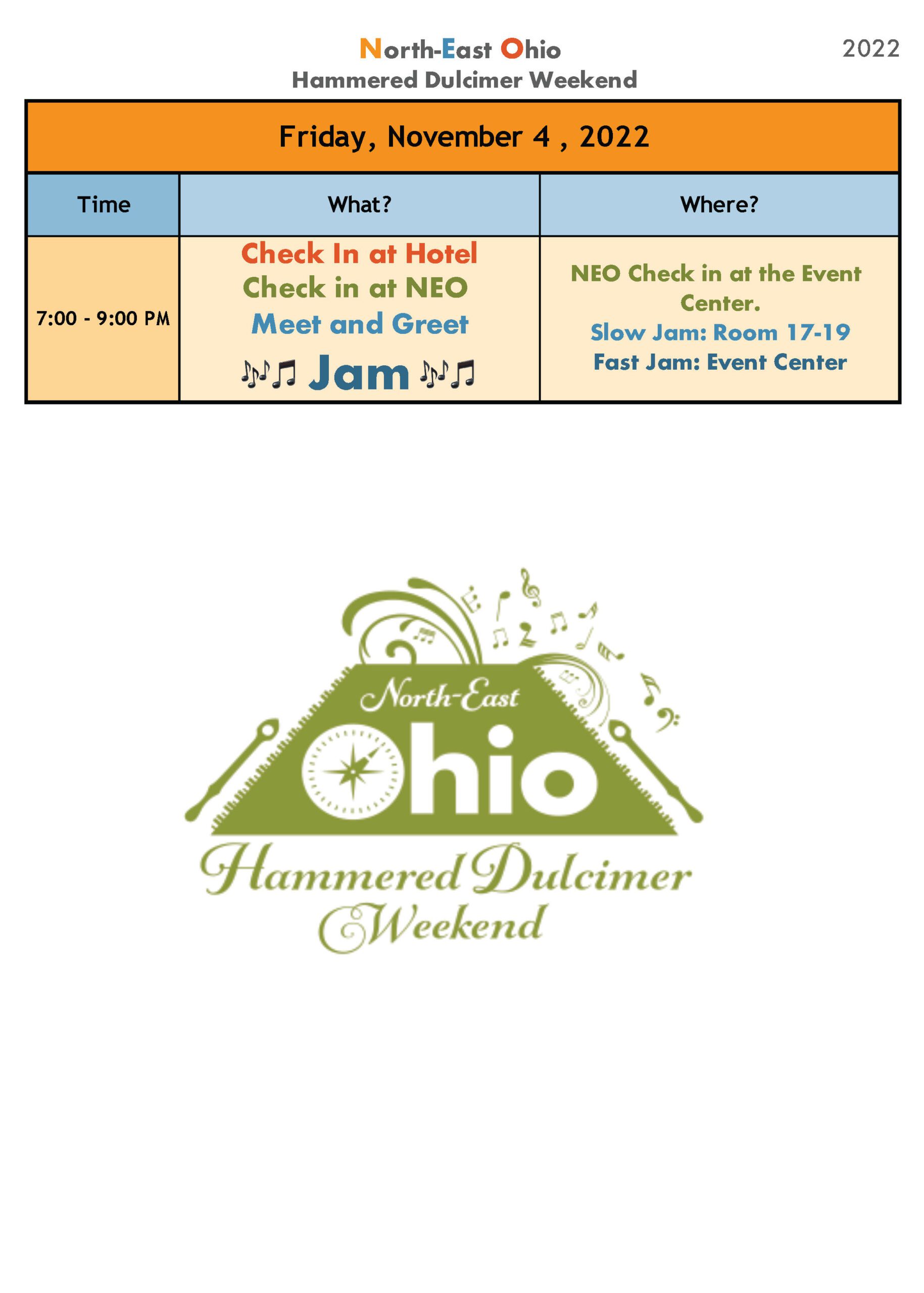 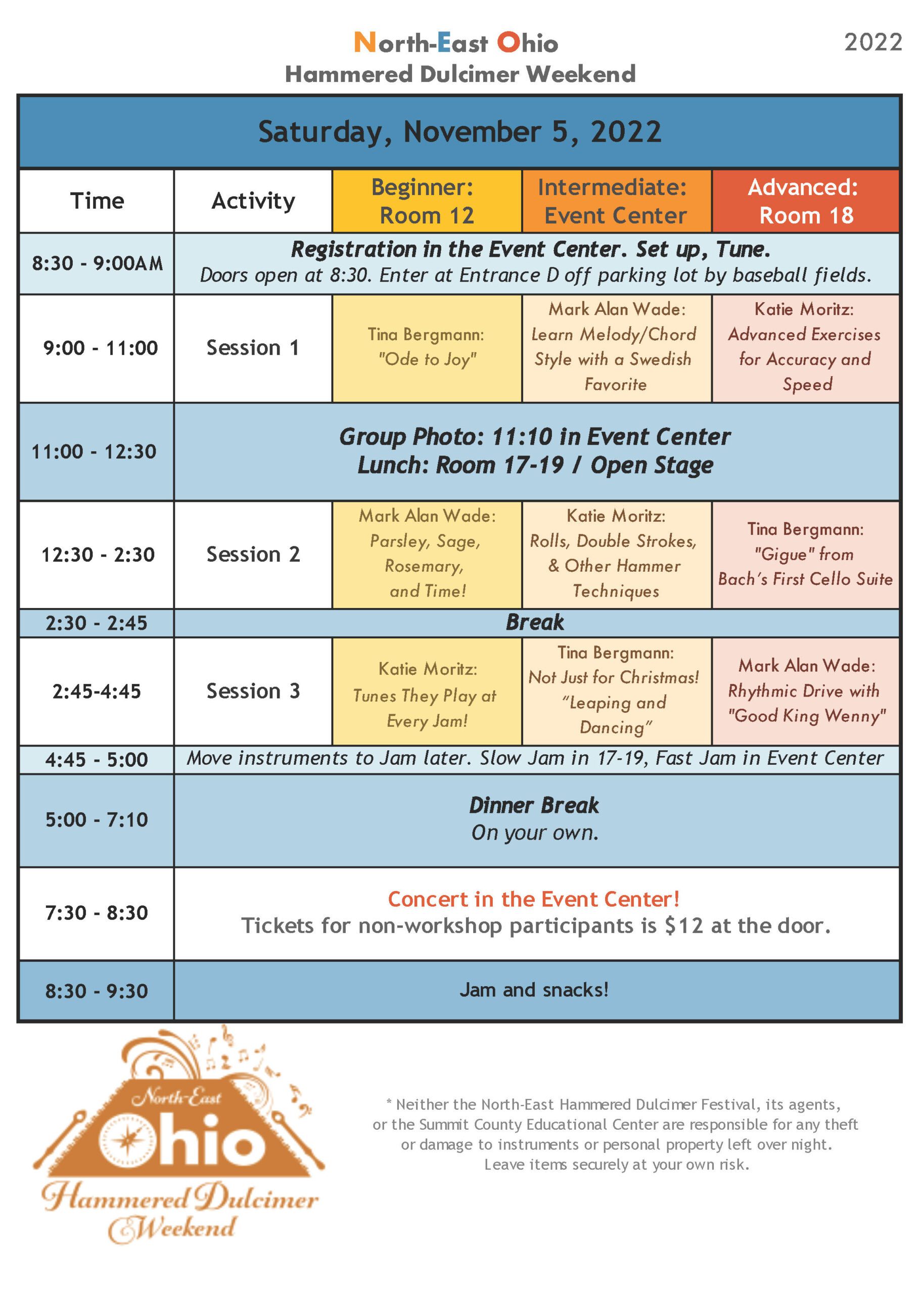 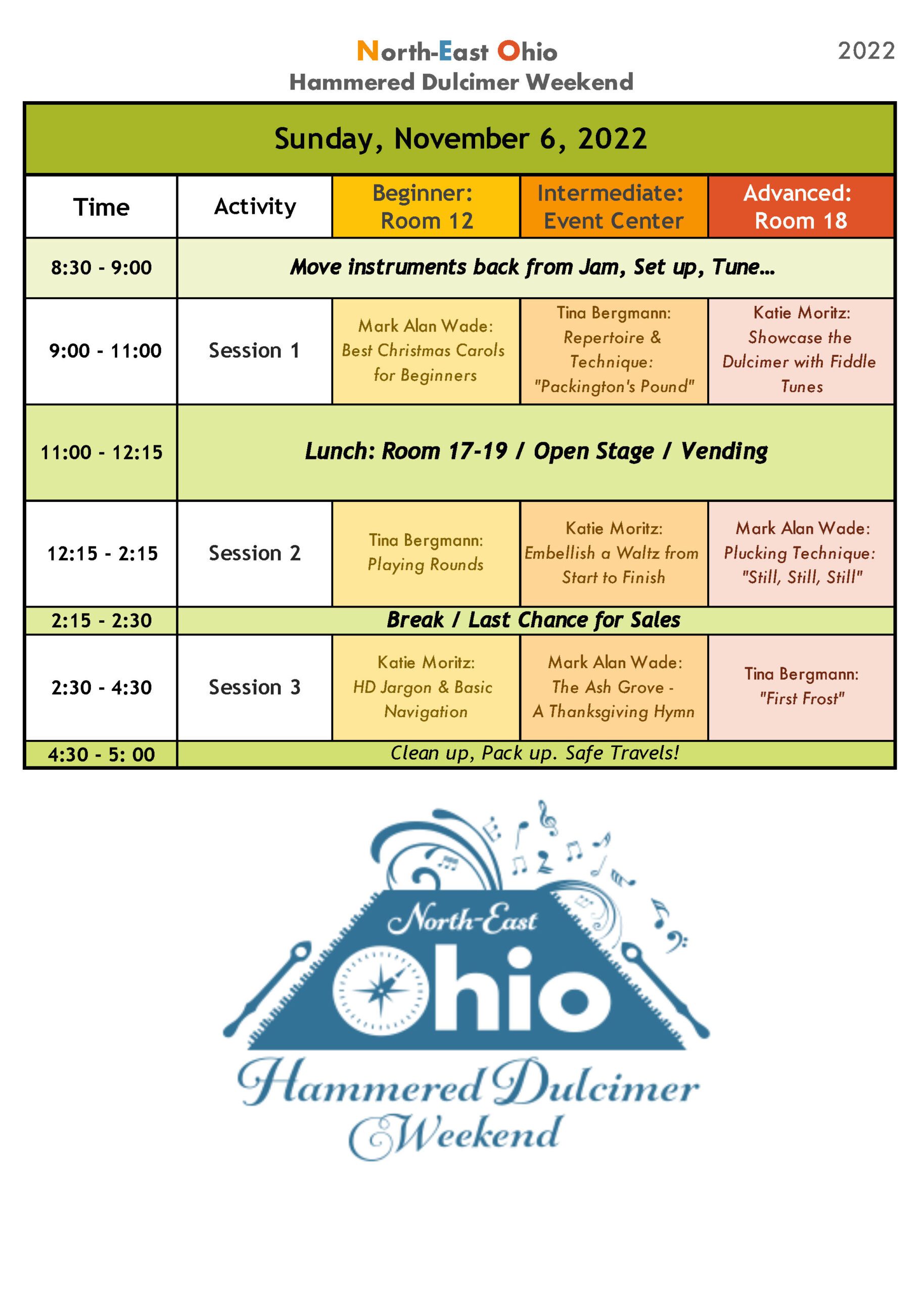 We have participants on a broad spectrum of abilities and experience from very beginner to advanced. Regardless of the level you select, you will have sessions with all three instructors. To help serve your needs best, please indicate your level preference on your registration form. Here is a general guideline for defining our workshop levels:

Our 5th Annual festival will be taught by Tina Bergmann, Katie Moritz, and Mark Alan Wade. 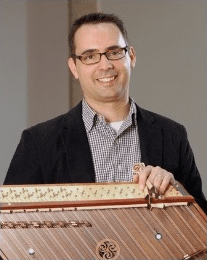 Mark Alan Wade performs throughout Europe, Asia, and North America as a soloist on dulcimer and trumpet. Based in Akron, Ohio, Mark is an active full time musician on trumpet, hammered & mountain dulcimers, and penny whistle. A classical trumpeter by trade, Mark earned his master and doctorate degrees in music from The Ohio State University and has played hammered and mountain dulcimers for over 30 years. His style uniquely marries his classical precision and technique with his wild traditional dulcimer playing. Mark’s playing brings Celtic & world music to life and authenticity to familiar classical pieces. Mark has published five dulcimer books with Mel Bay, Inc., as well as 5 self-published books on topics ranging from technique to Irish ornamentation. A National Champion himself, 6 of his students have also won the National Contest. Mark lives in Akron, Ohio with his wife and two sons. Visit MarkAlanWade.com or find him on Facebook for more! 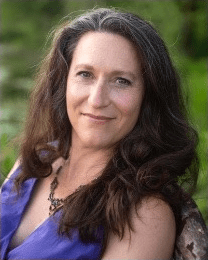 Tina Bergmann is a primarily self-taught musician of 40+ years and a highly regarded teacher known for her warm and engaging teaching style.  Hailed as the "Diva of the Dulcimer" by Apollo's Fire, Cleveland's nationally known Baroque Orchestra, Tina is known for her driving energy and syncopated rhythms and was described by Pete Seeger as "the best hammered dulcimer player I've heard in my life."  A fourth-generation musician, Bergmann began playing music at age eight, learning the mountain dulcimer from her mother in the aural tradition and learning the hammered dulcimer at the knee of West Virginia-native builder and performer Loy Swiger.  By the time she earned an education degree from KSU in 1994, Tina had already been teaching privately for 11 years.  Her teaching experience included planning and facilitating master classes, workshop series and teaching weeklong camps in a number of states. With Apollo’s Fire, Tina performs throughout the US, including mainstage appearances at the 58th Annual Ojai Music Festival in California, and mainstage performances at Chautauqua Gatherings in Boulder, Colorado, and Chautauqua, New York, as well as overseas in England and Ireland.

For more information, visit her website at: www.allroadsleadhome.com and find her on FaceBook as Tina Bergmann, Hammered Dulcimer Performance and Instruction. 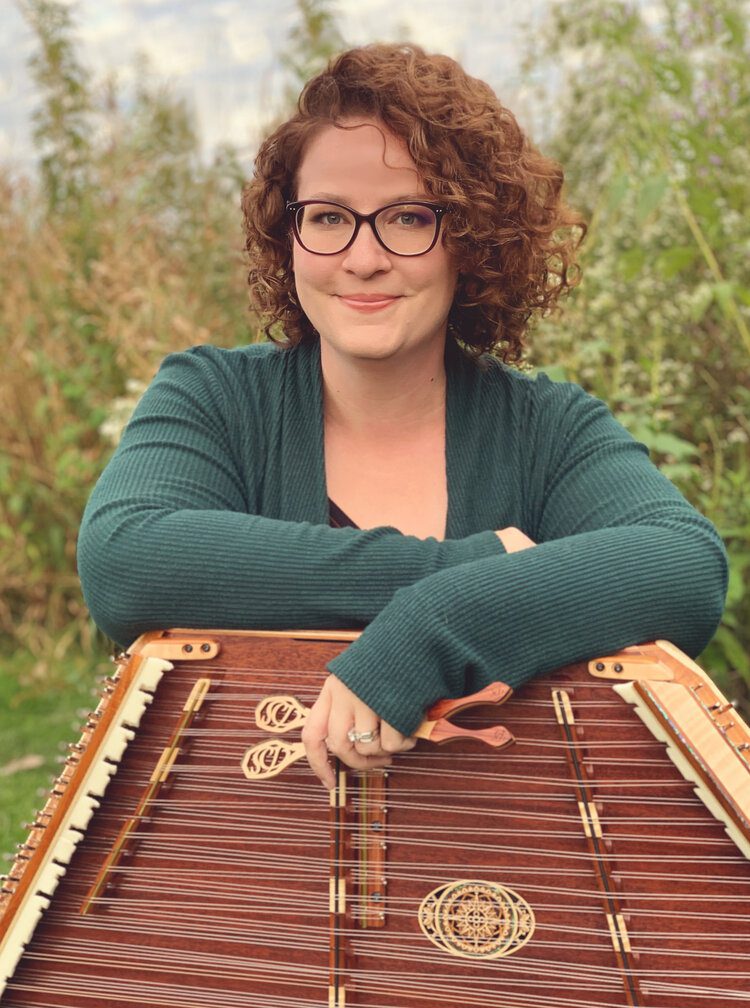 2013 National Hammered Dulcimer Champion, Katie Moritz is a musician and teacher hailing from the Chicagoland area in Northern Illinois. She’s been playing music ever since she could remember, starting piano as a very small child and playing the tuba through school.  Her taste in music is geared towards more eclectic sounds and it wasn’t till she started playing the hammered dulcimer that she found her authentic musical “voice”.  The unique instrument was able to seamlessly sew together Katie’s love of traditional music from around the world, 1940’s jazz standards, Broadway musicals, bluegrass, and pop.

While studying under an Illinois hammered dulcimer master, Bill Robinson, Katie has been awarded 7 consecutive folk arts apprenticeship grants with the Illinois Arts Council (partially funded by the National Endowment for the Arts.)   She has spent over a decade studying traditional music and is dedicated to teaching and continuing a traditional style of playing.  At the same time, she has also spent most of her life learning and playing music in scholarly settings, which has influenced her dulcimer playing to encompass an uncommon blend of old and new.  This edge has led her to receive various recognitions including placing 1st in the Mid-East and Southern regional contests, and the National Hammered Dulcimer Championship. In 2019 Katie even became a finalist in the National Mountain Dulcimer Championship.

Katie holds a Master's degree in Design & Media and an Associate's degree in Music Performance.  She has taught and performed at many festivals and gatherings around the United States. Along with the hammered dulcimer, Katie is a multi-instrumentalist who plays mountain dulcimer, ukulele, steel pan, guitar, and more.

Take Me To Registration! 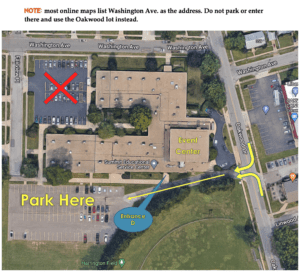 The negotiated rate is $92 a night for a King room, or $102 for a double Queen room plus tax. On the registration form participants receive, we can also facilitate finding roommates if you want to split a room.

The full and half reservations cover all workshops and include the concert. The Concert-Only reservation is only necessary for people who want to attend the concert but are not attending the festival.

In the interest of the safety of all our our participants and instructors, NEO Hammered Dulcimer Weekend will require proof of Covid Vaccination and appropriate boosters. Masks while indoors are highly recommended, but not mandatory. We will facilitate social distancing in class rooms, and especially at lunch times where we have ample room for social distancing.

After you have paid for your reservation, your confirmation email will include a link to a form to complete your registration and choose your workshops. Most students take the same level classes throughout the festival, but it's perfectly ok to take a class in a different level. The form will allow you to custom tailor your class selections.

WHAT TO HAVE READY: